After completing his ophthalmology training in the UK, Mr Kasmiya became a substantive consultant at King’s College Hospital taking the lead for the Diabetic Screening Programme (DESP) at Bromley and the south London area; a programme in partnership with Guy’s and St Thomas’ Hospitals. Since qualifying as a consultant, he has led several retinal services in many trusts including Chelsea and Westminster Hospital.

Mr Kasmiya is proactively involved in medical and clinical research and is passionate about teaching, having taught both nationally and internationally. As a result, he was appointed as an honorary lecturer at Imperial College, London. In addition, Mr Kasmiya has published a number of high-quality articles, New year New You, distributed with the Guardian newspaper, Health care innovation with the Telegraph newspaper and Good life in the WEEK magazine.

His extensive training and career have strengthened his clinical knowledge. Over the years he has performed thousands of cataracts surgeries and offers various lenses including multifocal, toric and spheric IOL. All of which he performs to the highest standards possible and to this day has a very low complication rate - well below the national standard. What is macular degeneration? The macula is the part of the eye that provides us with clear vision. As we grow, its function loses its abilitie...

What is a chalazion? A chalazion is a small, painless lump which grows on the eyelid. Unlike a ...

I would like to thanks Mr Kasmiya for very professional and quality treatment received.

I would like to say a big THANK YOU to Dr Kasmiya who I saw last week. He was extremely helpful and a good listener. I would definitely recommend him.

Thank you Dr Kasmiya for the care & support you’ve provided me and my family throughout the years. It’s always a pleasure seeing you. Stay safe.

Dr.Kasmiya is very professional. We've been to a lot of Ophthalmologist and none could solve the problem as he did. Therefore I do highly recommend. 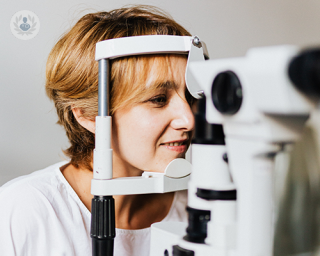 Diabetic retinopathy (DR) is a complication of diabetes that affects the delicate part in the back of the eye (the retina). Learn from Mr Maan Kasmiya about this condition and its treatment.
Read more 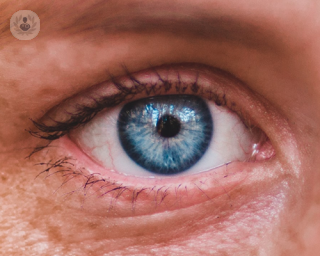 The treatment of wet and dry ARMD (age-related macular degeneration)

Age-related macular degeneration (ARMD) has two types: wet and dry. Learn about both these types and their treatment from Mr Maan Kasmiya, an expert who has spent many years providing patients with ARMD care.
Read more

This website uses cookies to improve your experience while you navigate through the website. Out of these cookies, the cookies that are categorized as necessary are stored on your browser as they are essential for the working of basic functionalities of the website. We also use third-party cookies that help us analyze and understand how you use this website. These cookies will be stored in your browser only with your consent. You also have the option to opt-out of these cookies. But opting out of some of these cookies may have an effect on your browsing experience.
Necessary Always Enabled
Necessary cookies are absolutely essential for the website to function properly. This category only includes cookies that ensures basic functionalities and security features of the website. These cookies do not store any personal information.
Non-necessary
Any cookies that may not be particularly necessary for the website to function and is used specifically to collect user personal data via analytics, ads, other embedded contents are termed as non-necessary cookies. It is mandatory to procure user consent prior to running these cookies on your website.
SAVE & ACCEPT